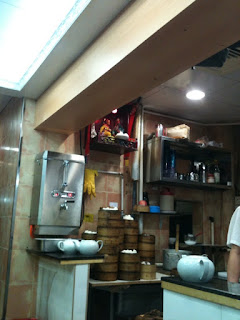 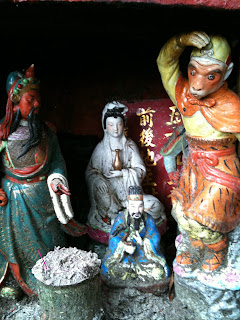 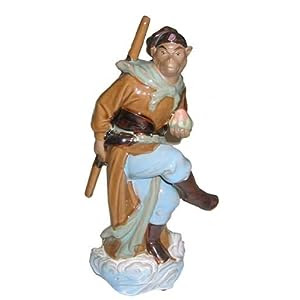 Monkey King
Our own collection of Shi-Wan ceramics includes a very traditional rendition of the Monkey King. It is 12-inches tall and includes both the staff and peach mentioned above. Each is entirely hand painted. While the Monkey King's stories are mainly tales of trouble making, you will still find him in Chinese homes and shrines because people value his strength of character, hard work and unwillingness to back down from adversity. Even Uncle Mao used him as an example, the same man who tried so hard to squash so much of China's lore with his Cultural Revolution. Indeed the Monkey king is resilient.
Posted by ReOrient at 7:00 AM